Get A Bite at Zime

A new café opens at Fowler 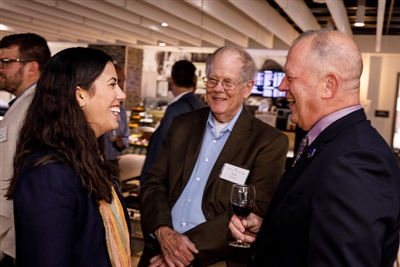 If you're looking for a place to pick up delicious food or drink in Southside Bethlehem, look no further than the new Zime café on the first floor of the Fowler Family Southside Center.

With hot and cold options and specialty beverages, this spot is convenient for the students, staff, faculty and community members that NCC serves.

Tim Jackson, unit supervisor for Zime, oversees scheduling, catering and day-to-day food production for Zime. He got his start at NCC as a short order cook through Sodexo on Bethlehem Campus while he was completing his degree.

Eventually, Jackson became a catering supervisor at Monroe Campus where he helped a manager open the Food Court on the campus after the re-build. Three years later, the opportunity to open his own place at NCC's Fowler Center presented itself. Zime opened at the end of the summer of 2018.

Opening a new café at this NCC location didn't come without challenges. "I'm used to working in a large kitchen with multiple cooks and chefs," explained Jackson, "Moving here it's a smaller space working with a brand-new team of only three people. So, it's very condensed. There's a lot more to do in a shorter amount of time."

Zime specializes in fresh salads and sandwiches, and proudly brews Starbucks coffee. Aiming to be fast, simple and delicious, the café gets all of its produce locally and uses the freshest ingredients.  Jackson tries to make sure everyone gets their food within four minutes from the time they place their order.

Before Zime, the only way to get food at the Fowler Center was through vending machines or the mini café in the old bookstore, which had limited refrigeration and no ovens. "Now, we have fresh options that can be made on site instead of bringing in prepared food from elsewhere," Jackson says.

Jackson is most proud of Zime's ability to cater. The catering is primarily for students, faculty and staff needs, but Zime has limited capability to cater off-site as well.

The clients range from St. Luke's nurses, neighboring museum staff, community members visiting the clinic at the Fowler Center as well as NCC staff, faculty and students and many more.   Whether you're popping in for a bite to eat or need an event or meeting catered, Zime is the perfect new addition to the food scene to check out on the Southside.