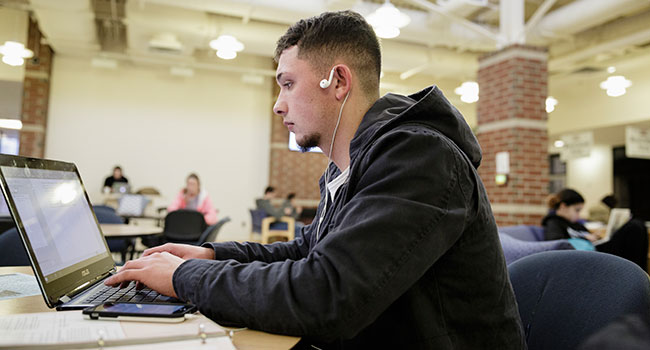 If you're an active duty military member or veteran, you must complete the same online application forms as new students.

The Tuition Assistance (TA) Program provides financial assistance to military personnel in support of their professional and personal self-development goals. Service members should coordinate or plan with education advisors or ESOs toward receiving approval from installation commander prior to enrolling.

*TA operates on a limited budget and is NOT a guaranteed benefit. It is offered on a 'first come, first served' basis.*

Active Duty Army, AGR, and Army National Guard or Army Reserves go to: www.goarmyed.com and log in with user name and password or use CAC, Smart Card Log in.

All other Reserve Components - Contact your unit of assignment:

Policy on the return of unearned TA funds to the governement

To comply with the new Department of Defense policy, Northampton County Area Community College will return any unearned TA funds on a prorated basis through at least the 60% portion of the period for which the funds were provided. TA funds are earned proportionally during an enrollment period, with unearned funds returned based upon when a student stops attending. These funds are returned to the military Service branch.

Instances when a Service member stops attending due to a military service obligation, the educational institution will work with the affected Service member to identify solutions that will not result in student debt for the returned portion.

Schedule for returning unearned TA to the government