A Calling to Care

"I believe those in funeral service are called."

Death is inevitable. Sickness touches us all. There is no escape.

Many fear the forces that make us confront our mortality. We try to avoid places that remind us - hospitals, funeral homes, nursing homes - until we have no choice but to face them head on.

But for Tony Moore, director of funeral services at NCC, what might be a morbid subject for some has become a transformative topic, one that describes his motivation for walking a path most fear to follow.

“It was my calling. Whether a religious or inner calling, I believe those in funeral service are called,” said Moore. “I have a need to help and care for people in any way I can, being a compassionate and warm presence in people’s lives.”

Moore has spent most of his life thinking of ways to make people’s darkest seasons of life less painful through his career in funeral services, serving as an advocate for those impacted by the loss of a loved one. And he teaches his funeral education students to do the same. Yet today, Moore is embarking on a new journey, one that will further his calling to compassionate care by pursuing a nursing degree at NCC.

Nursing, in addition to maintaining his position in funeral services, will be yet another way he can make life’s most challenging moments more bearable for many.

It isn’t all about making the dark brighter for Moore. Born in the South, Moore enjoyed a childhood of frequent family gatherings and church services filled with song, which inspired in him a love of ministry through music that continues to this day.

Music was Moore’s first love. In the humid Southern heat, Moore would sit, just 5 years old, playing piano for his family in their home in Coffeeville, Miss. His other instrument of choice is his amazing voice, which he honed in the church choir both as a child and later as an adult. 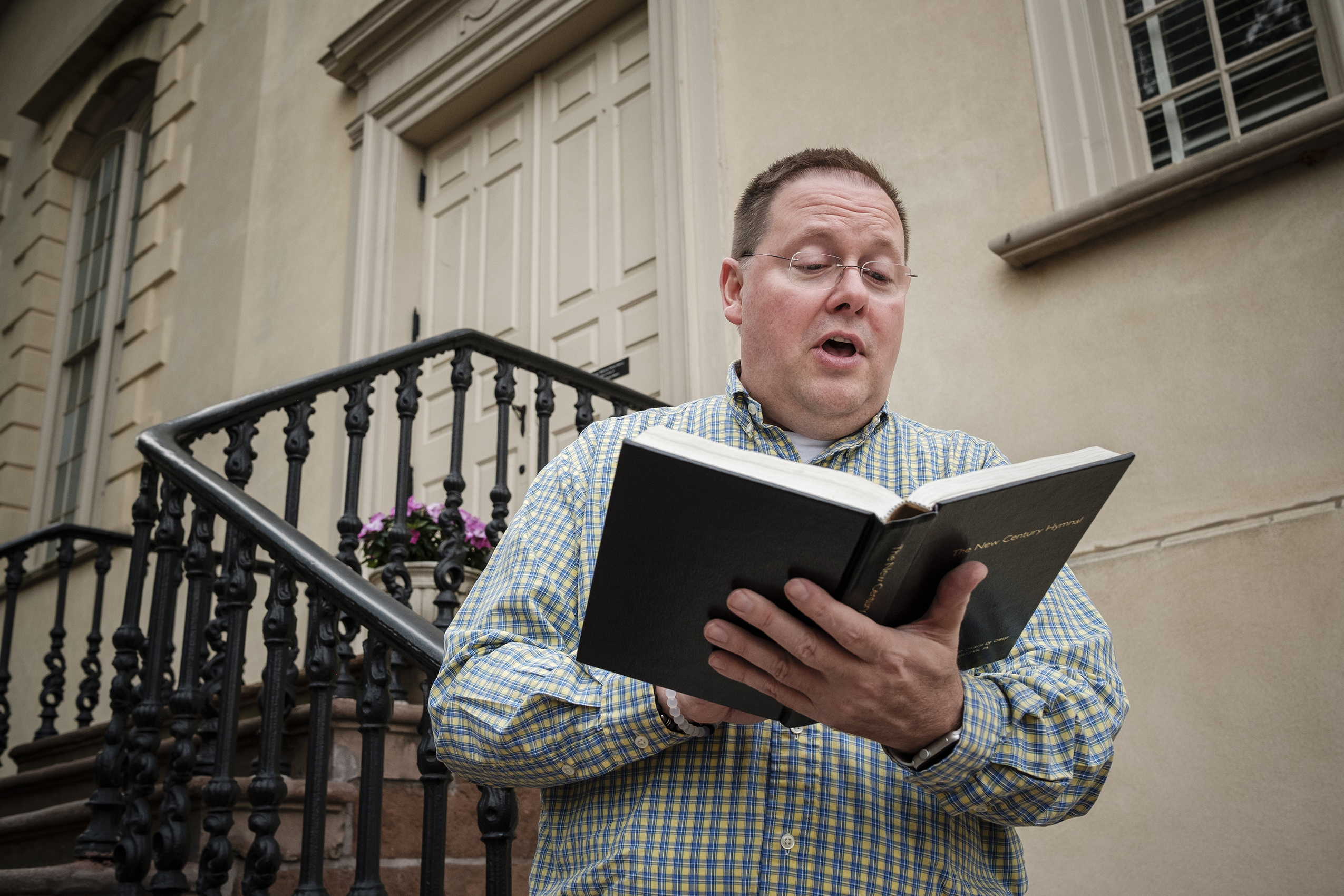 In the spring of 1984, he would find himself drawn to a different kind of ministry. He was 14, dressed all in black. He had attended many funerals, but this one was different. It was his grandfather’s.

Moore took one look at his grandfather as he lay in the casket and saw the love and care taken to make him look peaceful and natural. Little did he know, that moment would foreshadow his future with funeral services.

While attending Mississippi College to pursue music with an emphasis on voice, Moore reflected on the support his family received during his grandfather’s funeral. He wanted to do that for others. The calling began then.

Moore started his first part-time funeral job while at college. He worked for Baldwin-Lee Funeral Home in Jackson, answering calls and assisting with funerals.

“When I went to my first car accident as an employee of the funeral home, I wasn’t even sure what to expect, but I knew I was there to do a job. I compartmentalized. I’ve seen many tragic deaths since then. Because of my religious beliefs, I believe they are in a better place. That is where I found my comfort.”

Moore became a full-time music minister after college in 1991, but he never left his job at Baldwin-Lee. He also landed musical director roles with local theatre productions, spurring a longtime love affair with all things musical theatre. 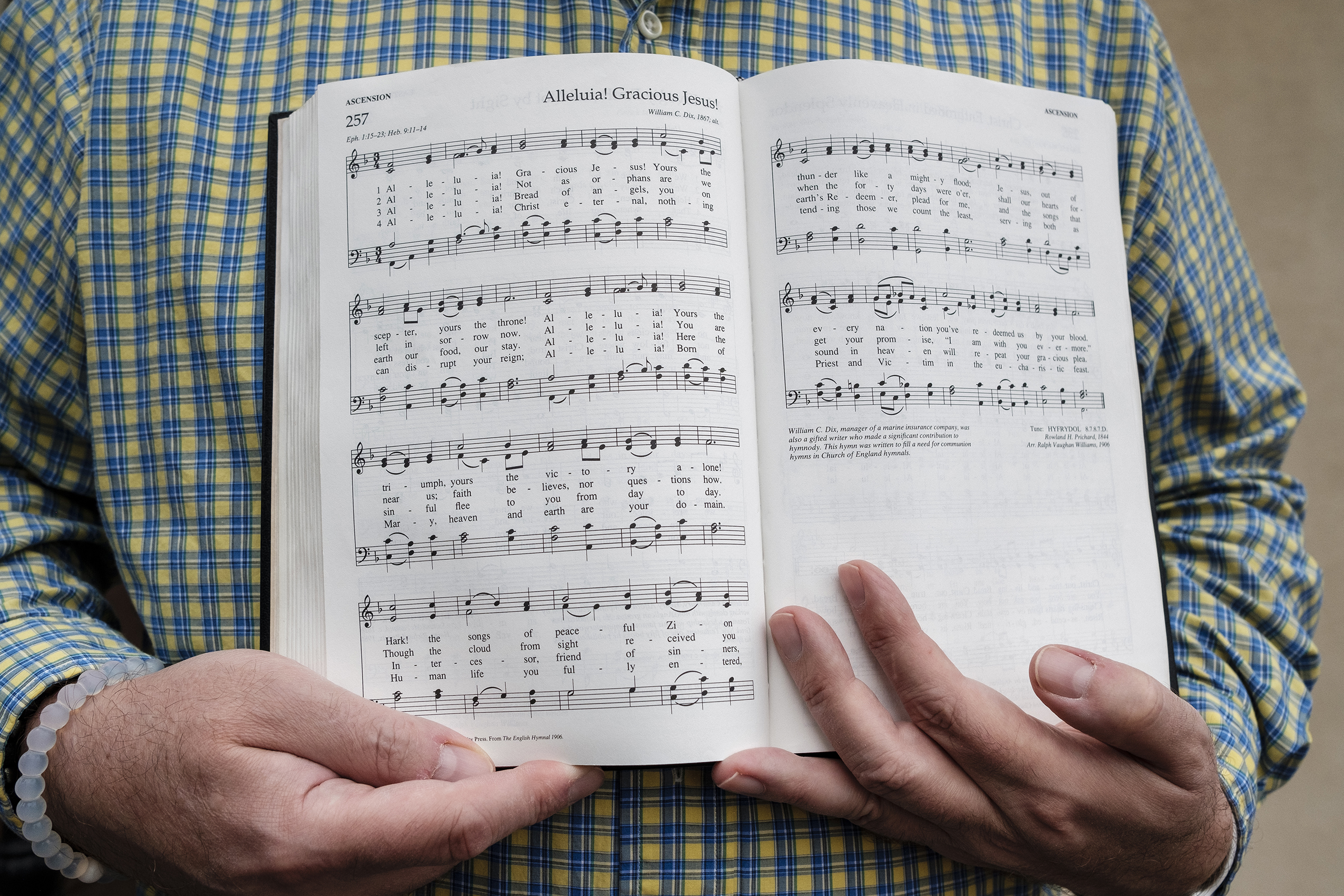 He skipped across the southern states of Texas, South Carolina and Tennessee, pursuing his career in music ministry, all the while working part-time at funeral homes. Working in five different funeral homes, Moore came to know the differences in the way people deal with grief.

“Some are so grief struck that it’s hard to get information from them, to the opposite extreme where families say, ‘Let’s get this done as quickly as possible,’ because they see it as an inconvenience.

“Other families cope by joking, and I can bring out my humorous side. Still others cry, laugh and cry again. You have to give undivided attention to meet them where they are.”

In order to focus on his musical ministry, he had to give up his work for funeral homes. “But I missed all aspects of funeral services, especially working with families.” Despite his passion for music ministry, Moore felt that funeral services needed to play a larger role in his life. In 2004, it was time for a change.

He quit his career as a music minister, sold his house and was back on the road to Mississippi, pursuing a degree in funeral services from Holmes Community College in Ridgeland. After graduating, he became the director/embalmer at Lakewood Funeral Home. He also was a funeral director at Chancellor Funeral Home while teaching funeral services at the community college.

“You need to know state law. You have to take psychology courses to learn how people deal with death. It’s so unique because you are touching so many different subjects by being in this profession.”

He taught in his home state until one day, in 2013, he received a call that guided him elsewhere.

At a conference he attended with the American Board of Funeral Service Education, he met Patricia Werner, NCC funeral services professor. When the program director at NCC passed away, Werner suggested Moore for the position. Once again, he uprooted his life to go work for the only public college in Pennsylvania offering a funeral services degree. It was his first journey up north.

“I love living in the north. The south is known for being friendly, but here, you know where someone stands. Down south while they’re hugging you, they’re stabbing you in the back at the same time,” Moore jests.

When he’s not tending to the emotions of others or shaping minds, music and theatrics still play a strong role in Moore’s life. He has worked with Pennsylvania Playhouse and NCC’s very own theatre program as a musical director and keyboard player. He has also directed rehearsals for NCC’s choir when needed.

Moore’s inability to “sit still” led him to take a side job as a personal care assistant at a nursing home. In a moment of divine unity, all of Moore’s passions came together one day at his work. “I was caring for a dying patient and asked her what church song she’d like to hear. I sang it to her and when her daughter found out I was a funeral director, she asked questions realizing I’d know the answers.”

That taste of nursing left Moore wanting more. After discovering NCC has weekend and night programs in registered nursing, Moore enrolled. He plans on finishing his degree in 2021.

Never one to turn away from what draws him, Moore says his life has been about traveling the paths that call to him. “I can handle trauma: a dramatic or quick death, a long drawn-out stay in a hospital or nursing home.

“I’ve been given this gift that allows me to deal with difficult situations with a gentle caring spirit and lets me live out my calling. When families say, ‘You made it easier for us,’ that’s the rewarding part for me.”