Student Stars on the Red Carpet at "The Sammys"

Northampton Community College students rejoiced in their academic and non-academic achievements in clubs, athletics and more at the annual Student Celebration on April 21 in the Student Life Zone. 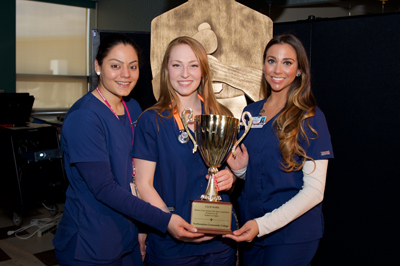 This year's theme, "The Sammys," was based on the Academy Awards, and featured a star-studded red carpet for participants to walk down. Huge "Oscar-esque" statues of Sam Spartan flanked the stage, and Student Senate Masters of Ceremonies Jose' Galarza (chairperson) and Patrick Grifone (treasurer) were formally dressed for the event.

Student performances interspersed with the awards included the NCC Instrumental Ensemble playing as guests entered; a modern dance piece by Sara Gong; a solo guitar and vocal performance by this year's Open Mic winner, Danny Abruzzi; a song by Gertrude Kibagendi; poetry  readings by Nate Decker and Chris Moore of The Laconic; a performance by the NCC Cheerleaders; and a song by Anthony Giedman. 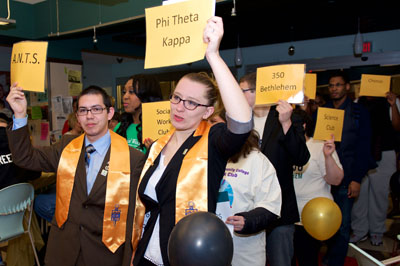 Club of the Year: 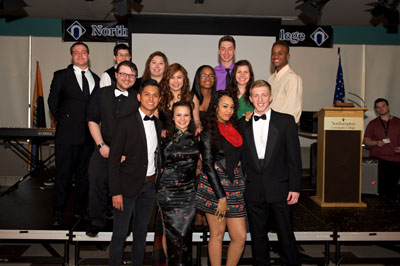 Highlights of the celebration included a cavalcade of clubs and an international student parade.   Check out more photos in this photo gallery.