Congratulations to our student award winners!

It was a proud day for Northampton Community College.  On April 27, NCC awarded its top academic honors to students who have excelled. 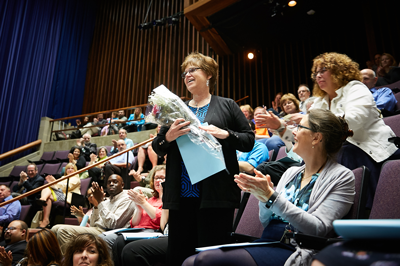 and staff to the joyous occasion.  After "America the Beautiful," sung with artistry by student Bria Dews, Dr. Carolyn Bortz, vice president for academic affairs, called the honorees "our best and our brightest," and applauded their hard work and persistence.

Andrea Corrado, associate professor of nursing and the recipient of NCC's Christensen Award for Excellence in Teaching 2016, gave the convocation address. "We pause today to recognize our shared work ethic and love of learning," she said.  She praised her mentor, Professor Kathleen Dolin, for being her "beginning," in an academic setting and someone she emulates. 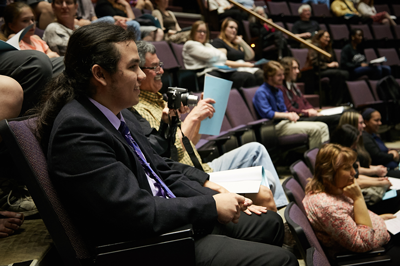 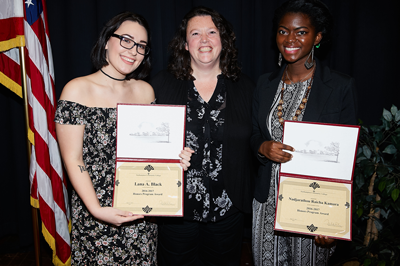 In his student address, Ryan R. Armbruster, recipient of the highest award, the Trustee Leadership Award, as well as the Outstanding Academic Achievement in 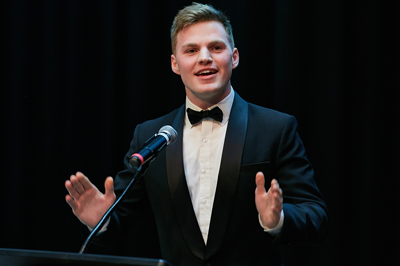 Chemistry and the Pearson Education awards, described what he appreciated most about his two years at NCC.  "I learned to lead in a new way," he said.  "A leader is one who has been given the opportunity and honor of serving others."  He also said that he learned humility and experienced the passion of learning at the College, recalling classes with "Professor Charley" Rinehimer (biology) and William Magilton (chemistry).  In concordance with Armbruster's mission "to serve others to my greatest capacity," his ultimate plan is to work with Doctors without Borders.

Closing remarks by Dr. Mark Erickson, NCC president, lauded faculty, honored the honorees and their families, and expressed the pride of the NCC family in the awardees' accomplishments.  Acknowledging the struggles and sacrifices students' and their families have often made, he urged the students to keep the inner strength that brought them to this moment.