The speaker at Northampton Community College's (NCC) Winter Commencement will be Melinda Stumpf, regional affairs director at PPL.  The 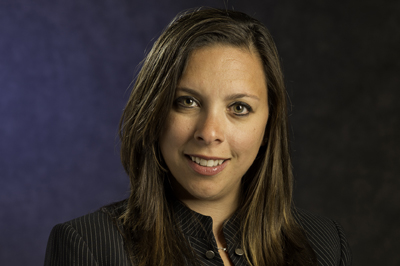 As the regional affairs director at PPL, a Fortune 500 global energy company headquartered in Allentown, PA, Stumpf is the principal contact between the PPL Corporation and federal, state, county and local governments, civic and community organizations in Lehigh, Northampton, Bucks, and Montgomery counties.  She is also the principal contact between PPL and elected and appointed officials, community leaders, and the news media.  She provides leadership in addressing important regional issues such as job retention, economic growth, educational improvements, and environmental protection.  She assumed the position at PPL in 2012.

She began her career working for the Neighborhood Housing Services of the Lehigh Valley.  During her tenure there, she secured a half million dollar contract for the organization. She went on to work for the Gateway Health Plan as a community development associate. While in that position, she was asked to join the board of the SkillsUSA Council.  In 2006, she became the executive director of Skills USA Council.  Since then, Melinda has made progress toward advancing the council by expanding membership, increasing student involvement, and adding opportunities for students to advance their educations, which included raising more than $450,000 in scholarships for students to pursue postsecondary education.

Since 2001, Stumpf has been active in the community.  She was one of the founders of the Latino Leadership Alliance and has served on the following boards: General Supply Company; St. Luke's Hospital, Allentown Campus; Lehigh Valley Workforce Investment Board; Lehigh Career and Technical Institute Advisory Committee; American Cancer Society; YWCA of Bethlehem; SafeKids Allentown/Bethlehem Coalition; Neighborhood Housing Services of the Lehigh Valley; SkillsUSA Council; and the Hispanic Business Council.

She lives in Bethlehem with her husband, daughter and son.