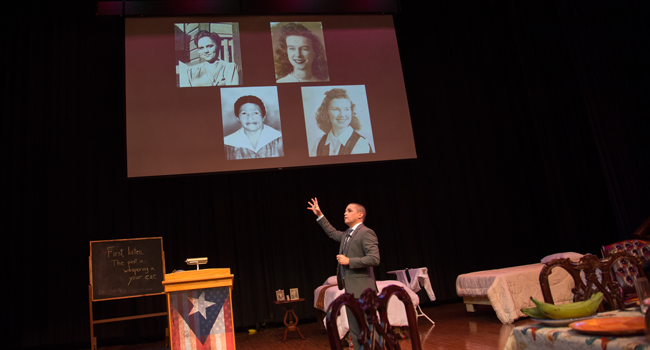 Dr. Javier Ávila, author, poet, and professor of English at Northampton Community College, will present his acclaimed one man show, The Trouble with My Name, on Thursday, November 2, at 7:30 p.m. in Baker Hall, Zoellner Arts Center.  Admission is free, but monetary donations and supplies to help rebuild Puerto Rico after the devastation caused by Hurricane María will be accepted.  Ávila was named the 2015 PA Professor of the Year, the first Latino to ever receive the award.

Ávila's performance is part of Zoellner's innovative Notations series, which includes conversations with highly-respected representatives from a variety of literary genres.

The Trouble with My Name is a high-octane, hilarious one-man show. It is the autobiographical journey of a man who moves between cultures to provide a fascinating perspective of American Latinos who struggle to dispel misconceptions about their identity and place in the world. The Trouble with My Name examines the issues of language, race and social justice in an eye-opening performance where Ávila engages the audience as he tells the story of his life and reads poetry that illustrates what it means to be the American of the future. His show embraces the diversity of a nation whose history is rich and colorful. His message transcends boundaries of race, ethnicity and geography.

Ávila, a renowned poet and novelist, achieved international recognition when his bestselling novel "Different" became an award-winning motion picture, "Miente," which was screened in over a dozen countries. His poetry books have earned him prestigious awards, such as the Pen Club Book of the Year Prize and The Puerto Rico Institute of Culture Poetry Award. Ávila's books have been part of university curricula for years. He frequently performs at colleges, where audiences praise his work for being a powerful voice for Latinos in the United States.

The Notations Series is presented by the Lehigh University Creative Writing Program, Visiting Lecturers Committee and Zoellner Arts Center with support from an Anonymous Donor. 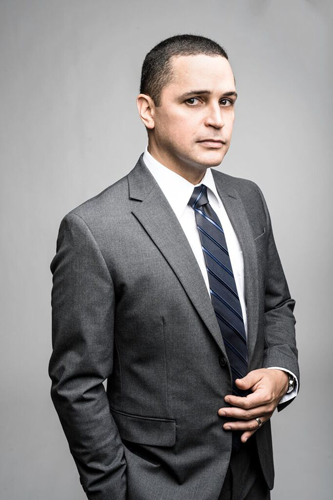