Nine awards are given out at 2019 Sammy Awards 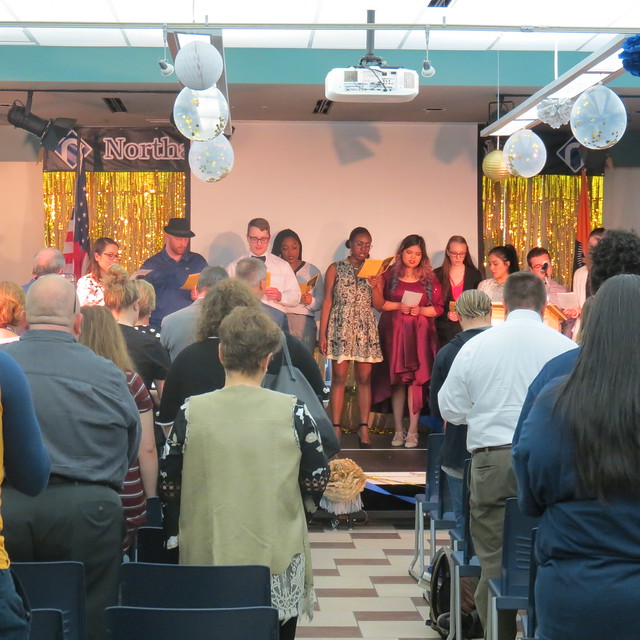 Student Senate put together an event that honors and awards those Northampton Community College (NCC) students who went above and beyond during their time at the college. On April 23, students, faculty and staff walked in to a Student Life Zone on Bethlehem Campus filled with gold, blue and white decorations, hors d'oeuvres and a streaming chocolate fountain with lots of dippers to douse. This was the real star treatment!

Awards were given out for achievements in leadership at NCC and exceptional participation in clubs and activities on campus. Friends and fellow club members cheered as winners were announced, and the stars of the ceremony accepted a gold Sammy or a glass-etched prize for their success.

Below is the list of the award winners from this year:

The ceremony ended with everyone rising to sing the NCC Alma Mater together and sharing hugs to support those who walked away with awards. Congratulations to all who won!

Check out images from the event here.