Congrats to the students and advisors! 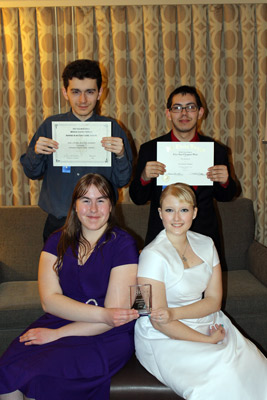 Middle States Regional Convention. Members of Tau Gamma attended the convention along with thirty-five chapters from Pennsylvania, New Jersey, Delaware, and Maryland.  In addition to attending keynote sessions and workshops, the Regional Awards were presented to deserving chapters, members, officers, and advisors. Tau Gamma was the recipient of the following awards:

The Tau Gamma chapter represents the Bethlehem Campus of Northampton Community College. This past year, Tau Gamma completed an Honors in Action project focusing on eliminating plastic use on the college campus by spearheading efforts to reduce, reuse, and recycle.