They're Going to the Series! 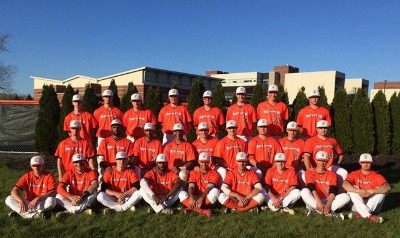 As baseball great Yogi Berra once said, "It ain't over 'til it's over." That was certainly the case for Northampton Community College's Spartan baseball team. They had just suffered a season-ending loss to Cumberland County College, 6-4, in the Region XIX Championship game.

But then ... Head Coach Adrian Yaguez got a phone call, letting him know that the team had been selected for the at-large berth in the 2017 NJCAA Division III World Series!

"What a roller coaster of emotions," Coach Yaguez said. "I can't put into words what it felt like."

The team leaves on Thursday morning for Greeneville, Tennessee, where they'll practice and attend a tournament banquet on Friday.

The Spartans, 34-7 overall, are seeded 5th in the tournament bracket and will face #4 Century College at 9:30 a.m. on Saturday.