Tucker Named Under Armour Athletic Director of the Year 2019-2020

The national Athletic Director of the Year Award is the 4th for Tucker in his career. 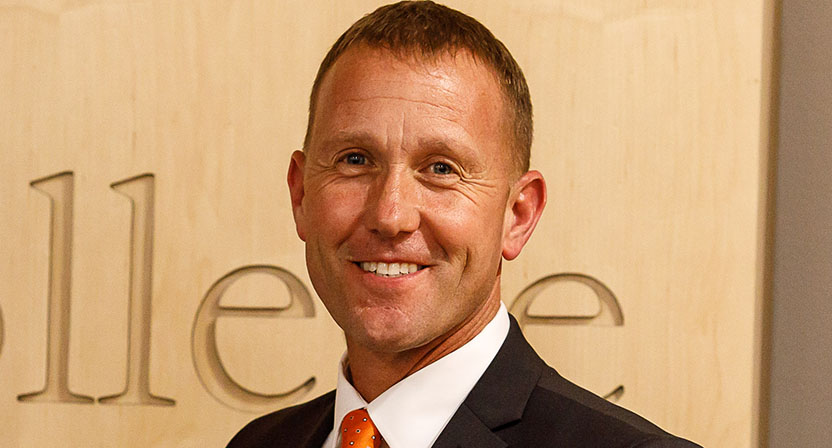 The national Athletic Director of the Year Award is the 4th for Tucker in his career, winning the Under Armour award three times during his tenure at Northampton (2013, 2017 & 2020) and the National Small College Athletic Association (NSCAA) AD of the Year award in 1998 while serving as the Athletic Director at D'Youville College (Buffalo, NY).

The Northampton Athletic program under Tucker has four times (2015, 2017, 2018, & 2019) been awarded the NJCAA Region XIX Champions of Character Award for its commitment to community service, sportsmanship and character development of its student-athletes.

Tucker is also the Executive Director of Region XIX, which oversees the operations of the 32 NJCAA member colleges and serves as the Chief Information Officer. On August 1st, 2018, Tucker was officially appointed to the NJCAA Board of Regents, a group of 37 individuals nation-wide that work to oversee the mission of the NJCAA. Tucker was awarded the NJCAA Loyalty Award in April 2019 for his dedication and commitment to uphold the ideals of the organization.