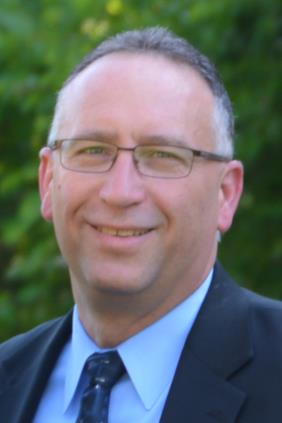 Andy has served in the Law Enforcement field for 28 years. He was the Chief Deputy Coroner with the Lehigh County Coroner’s Office from August 2014 to June 2019 and has stepped back as a Deputy Coroner. Andy was the Patrol Sergeant with the DeSales University Police Department for one year after retiring with twenty-one years of service with the City of Bethlehem Police Department. He served as a Detective/Sergeant assigned to the Criminal Investigations Division and Supervisor of the Forensic Services Unit. Andy has been a Field Training Officer, Emergency Response Team (SWAT) member for ten years, Water Rescue Team member, Criminal Investigator, and a founding member of the City’s Crime Scene Unit where he has testified as an expert in Crime Scene Investigations in Northampton County Court, Fingerprint Processing and Identification in Federal Court (3rd Circuit), Northampton County, and Lehigh County Courts, Crime Scene Investigation and Forensic Examination in Northampton County Court and Bloodstain Pattern Analysis in Lehigh County Court.

Andy has been a Deputy Coroner (part-time) for the Lehigh County Coroner’s Office from 1995 to 2014 and is a Diplomate with the American Board of Medicolegal Death Investigators. Andy has graduated from the Allentown Police Academy and attended continuing education courses in the following locations; St Louis University School of Medicine, Miami-Dade Police Training Institute, Mercyhurst College, National Transportation and Safety Board, The Pennsylvania Chiefs of Police Association, Laboratory of Forensic Science, Sirchie Fingerprint Laboratories, Office of Attorney General, Penn State University, and Harrisburg Area Community College for Basic, Advanced and Master Forensic Disciplines and Programs.

Ben Iobst grew up in northeast PA and graduated from Stroudsburg High School. He joined the US Army soon after the events of 9-11-01 and served multiple tours in Operation Iraqi Freedom in the Infantry and Long-Range Reconnaissance.

Ben holds a Master of Science in Criminal Justice from the University of Cincinnati and a Bachelor of Arts in Criminal Justice from Desales University. He also holds certifications in Hostage Negotiations from the FBI, Crisis Intervention from Lehigh County and Eastern PA Regional EMS Council, both Firearms and Academic Instructor certifications from the Pennsylvania State Police and over 1200 hours of additional Law Enforcement and Emergency Services related training.

Ben has been working with Northampton Community College as an instructor since 2019.